So I talk to an interesting subbie we’ll call “Little Lou”.  Little Lou is submissive and has a small penis (there’s a big &^%$@ surprise, right?).  Any way Little Lou used to go on beta bitch boi benders, indulging himself by going to Hooters and getting some paid for attention by the waitresses.  He enjoys the humiliation and loves the transnational titty he gets from the pretty young ladies there.  Lately Little Lou has been seeing a therapist.  By his description 28, dark hair and tanned, former cheerleader, and a bit of a knock out.  Coincidence he picked her to help him with his little problem ?? I think not.  So he’s been telling this hottie on a weekly basis about his sexual fantasies and his uhm little problem in the pants department.  I told him very bluntly that his experience is most submissive men’s wet dream and he agreed that that was true, but also verified laughingly the veracity of his tale.  She is not a dum dum either.  Little Lou pays cash for his sessions and she’s talked him to coming twice a week instead of once.  She also routinely wears short skirts and open toed shoes.  Coincidence?  Nah!!!  She’s playing Little Lou’s lacking skin flute and submissive humiliation sensibilities like a beta bitch fiddle.  (stay tuned for next week’s installment). 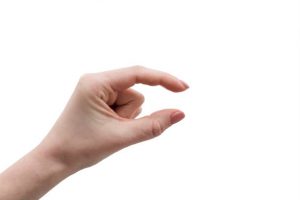